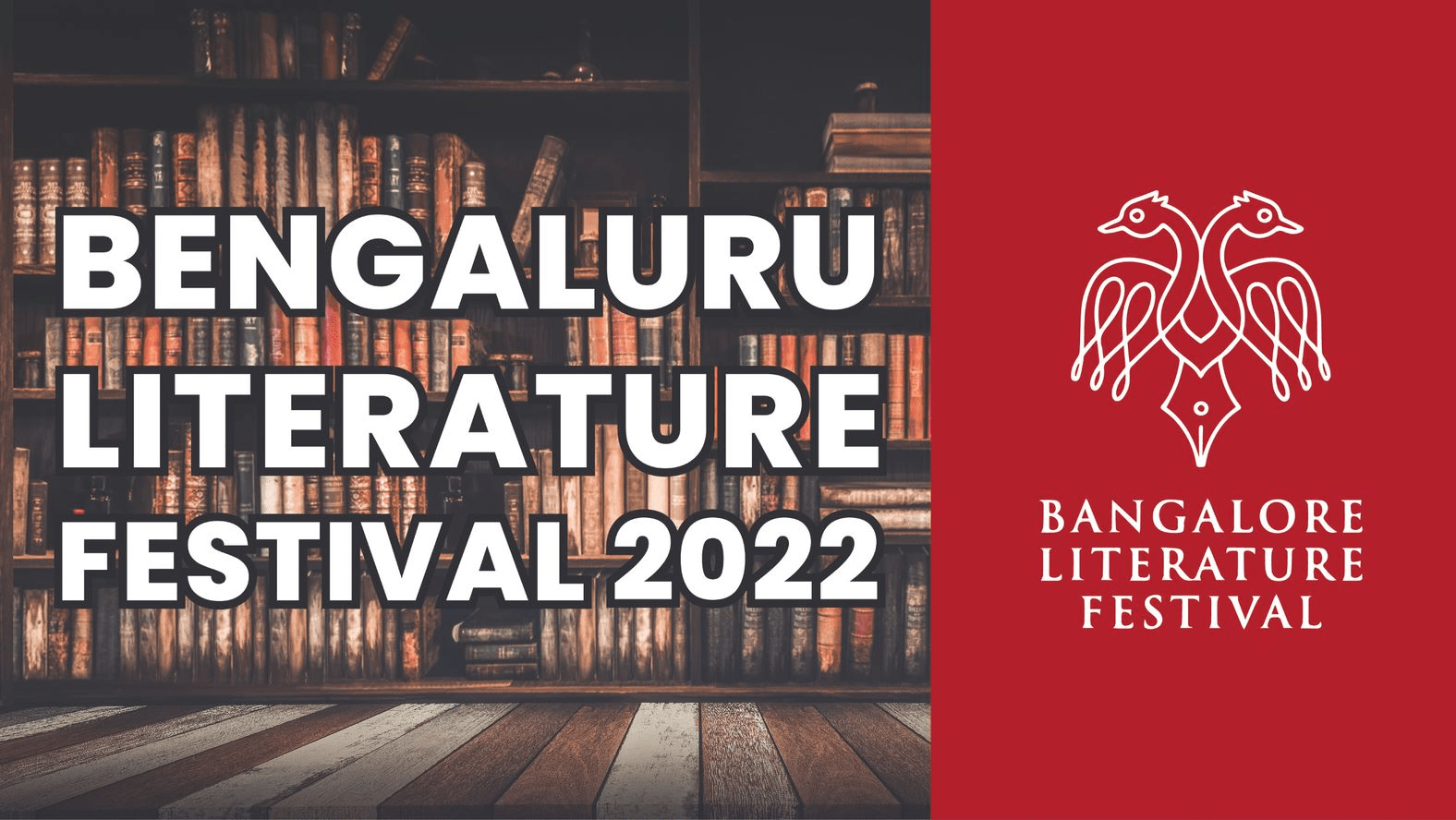 The recently concluded Bangalore Literature festival 2022, brought back the fever, pitch and excitement to the culturally diverse and driven Bangalorean, who had gotten redundant of the online/hybrid versions of the fest for the past two years. The city is the third largest in the country and the 27th largest in the globe, surely boasting of its unique events and celebrations year around. It is one of the few Indian cities to claim its own Brand Tourism logo akin to New York, London, Berlin, Paris, Singapore and other popular tourist destinations.

Close on heels to the Kadalekai Parishe which celebrates the first groundnut harvest of the year and the Namma Queer Pride March held annually since 2008, the Bangalore Lit Fest with a vibrant literature space, both regional and foreign lends its unique character to the city. On similar lines are the rich theatre opportunities offering diverse bands, musicals, drama and stand-up shows. All these truly give the city its magical tag of a cosmopolitan land.

It is interesting to note that in addition to the Bangalore Lit Fest, the city also hosts Bangalore Business Lit Fest initiated in 2016. It brings together deliberations on the books around business and businessmen, both corporate and entrepreneurial. This is an exclusive event that encourages the upcoming and pioneering writers in this arena.

City Scripts is another three-day event organized by the Indian Institute of Human Settlements since 2016. It brings together people with perspectives of the city viewed through multiple lenses. The Bangalore Poetry Festival, the brainchild of Atta Galatta, instituted in the year 2016, is another literary celebration, devoted solely to Poetry aficionados. It has grown so popular that it draws national attention and footfall.

The BLF took its first infant move in the year 2012, put together by a community-funded, independent body of like-minded people to entertain, educate and awaken the literarily diverse population. The founding members are Vikram Sampath, Shinie Antony and Sri Krishna Ramamoorthy. 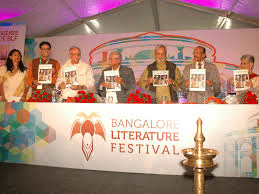 Believing in the response it would draw, the founding members went all out to invite more than 80 writers for its first edition to participate and share stage with the audience. At the closing event, they disclosed the idea of maintaining a connection through the quarterly journal called Beantown (Going to the ancient interpretation of Bengaluru deriving its name from Bendekaalu) which will keep readers, in particular schools and colleges abreast of book launches, and author interactions.

This year’s fest was a really well-received one with brimming halls and event spaces, at the Lalit Ashok Hotel, Bangalore. I had the opportunity to participate in day 1 of the fest, where a dear friend had two book releases, both crimes related and revolving around real-life incidents. The aura of the place, the enthused people buzzing in and out, the jam-packed car park, the VIP protection for politicians and the glitterati of the different industries, all gave the fest an added glamour.

The volunteers were cordial and helpful, ushering the guests and leading them to the venues they were looking for. The hotel ballroom transformed to become the Atta Galatta Book store, stocking up mostly the guest writers participating in the fest, and then being available for the book signing. It was truly delightful to see lines of school children escorted by their teachers, waiting with their favourite books to be billed and signed by the writer.

The hotel lawn was converted into multiple venues, named after the Kannada Ratna late Dr Puneeth Rajkumar, featuring his favourite films, like Gandhadagudi, Raajakumara, and Yuvaratna. An added feature was having members from the APWT (Asia Pacific Writers and Translators) the longest-running and largest literary network.

Children|Literature|Fun – (C|L|F)’. An enhanced edition of the children’s section, that encompassed an activity stage and a literary stage, holding separate areas for author reading and interaction and the other for workshops, storytelling, illustration, music performances for children and creative games. In addition to the BLT-Atta Galatta Bangalore Lit Fest Book Prize to honour celebrated works in fiction and non-fiction categories, there was also a session in partnership with the New India Foundation for the Kamala Devi Chattopadhyay NIF Book prize for the best non-fiction book on modern/contemporary India.

The 2-day fest had 250 international/national and native writers, speakers and dignitaries, 4 programme forums and two children’s venues. Some popular names like Pico Iyer, the travel writer & Geetanjali Shree, winner of the International Booker Prize 2022, for her work in translation titled Tomb of Sand graced and spoke at the occasion. Mallika Sarabhai with her self-help memoir, “Free Fall: My Experiments with Living” and Vikram Chandra on his book Sacred Games, currently a popular Netflix series were the other stalwarts at the fest.  Sudha Murthy, Shobha De, Kabir Bedi, and the list goes on also were among the many well-known writers who adorned the fest and added value to it.

The founder Ms Shinie acknowledges the generous contributions made by Friends of BLF and many other supporters and sponsors including the Government of Karnataka. She says,” Ours is a continued journey of making Bengaluru the locus in the Indian literary scene, one that encourages more people to discover the joys of writing and reading and we look forward to having you with us on this path”.

Milestones in the BLF journey: 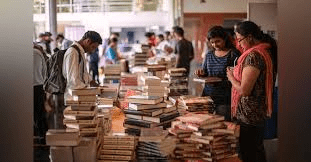 The best teachers are those who show you where to look but don’t tell you what to see.” – Alexandra K. Trenfor.

The subtle but strong ways in which learning happens is outside the classroom, through real-world experiences. This truth may hold greater relevance to Gen Z who have information at their fingertips (read google) and need a teacher to facilitate them beyond the content of the textbook and syllabi. It is here that field trips and visits to book exhibitions and Lit Fests come into play. Allowing them to absorb the vibe in these scholarly spaces, naturally triggers positive feelings and this is what an authentic learning experience should be like.

New Horizon group of educational institutions endeavour to create similar moments by integrating outdoor learning, educational trips, field visits and interactions with celebrated personalities across domains to get first-hand know-how of life’s many twists and tales. 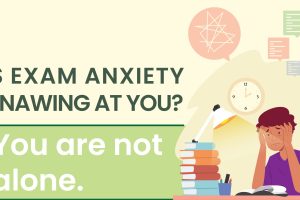 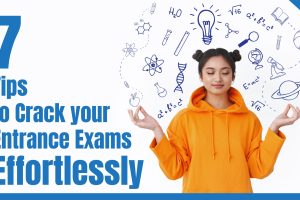 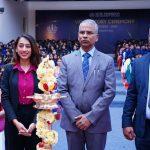 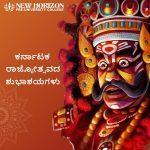 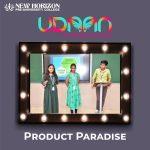